We are getting pumped for #OregoniansGive!

What is #OregoniansGive? On Nov. 29th, you will have 24 hours (one day!) to give where your heart is! We hope that is with us!  We have a chance to be a part of Oregon’s day of giving – #OregoniansGive – an opportunity to unite Oregonians around causes in which they truly believe and help nonprofit organizations connect to the larger community.

We need your help! Please join our campaign and help us reach of our goal of $1,000. View our campaign at: http://tinyurl.com/DDORGIVE We need you to tell your friends and family members about the important work we do and ask them to join us in helping to make a difference.

Get ready to give! On Nov. 29th, starting at 12:00am midnight, visit https://www.oregoniansgive.org and make a donation to us and/or to any of the great participating nonprofit organizations in our state. You will have 24 hours to make your donation, and all giving will end at 11:59pm on Nov. 29th.

Questions? If you have any questions or would like more information, let us know. (info@decodingdyslexiaor.org)

Thank you in advance for your generosity to our organization!

The Shadow Project has historically supported Oregon children within the special education classroom by offering strategies, resources and materials that help their teachers. Shadow is expanding its evidence-based programming to a more comprehensive model that serves children when they are in their mainstream classroom, after school, and at home. Supporting the child from home, to school, and back. This year, Shadow began working with principals, special education and mainstream teachers, parents and after-school providers at five K-8 Portland Public Schools to bring full-day reading support to children with print-related disabilities. Shadow supports children with dyslexia and other print disabilities by offering access to books on tape with Learning Ally.

Check out your local school to see if they partner with The Shadow Project! 2015 PAST EVENT in PORTLAND, OR – Six local organizations and schools lit the Morrison Bridge red starting October 15th for three nights to recognize the 1 in 5 students who struggle with dyslexia. Governor Kate Brown declared October to be Dyslexia Awareness Month. The 15th was chosen for the initial bridge lighting to represent the 1 in 5 people that struggle with this learning disability. Check out the slideshow of the celebration! 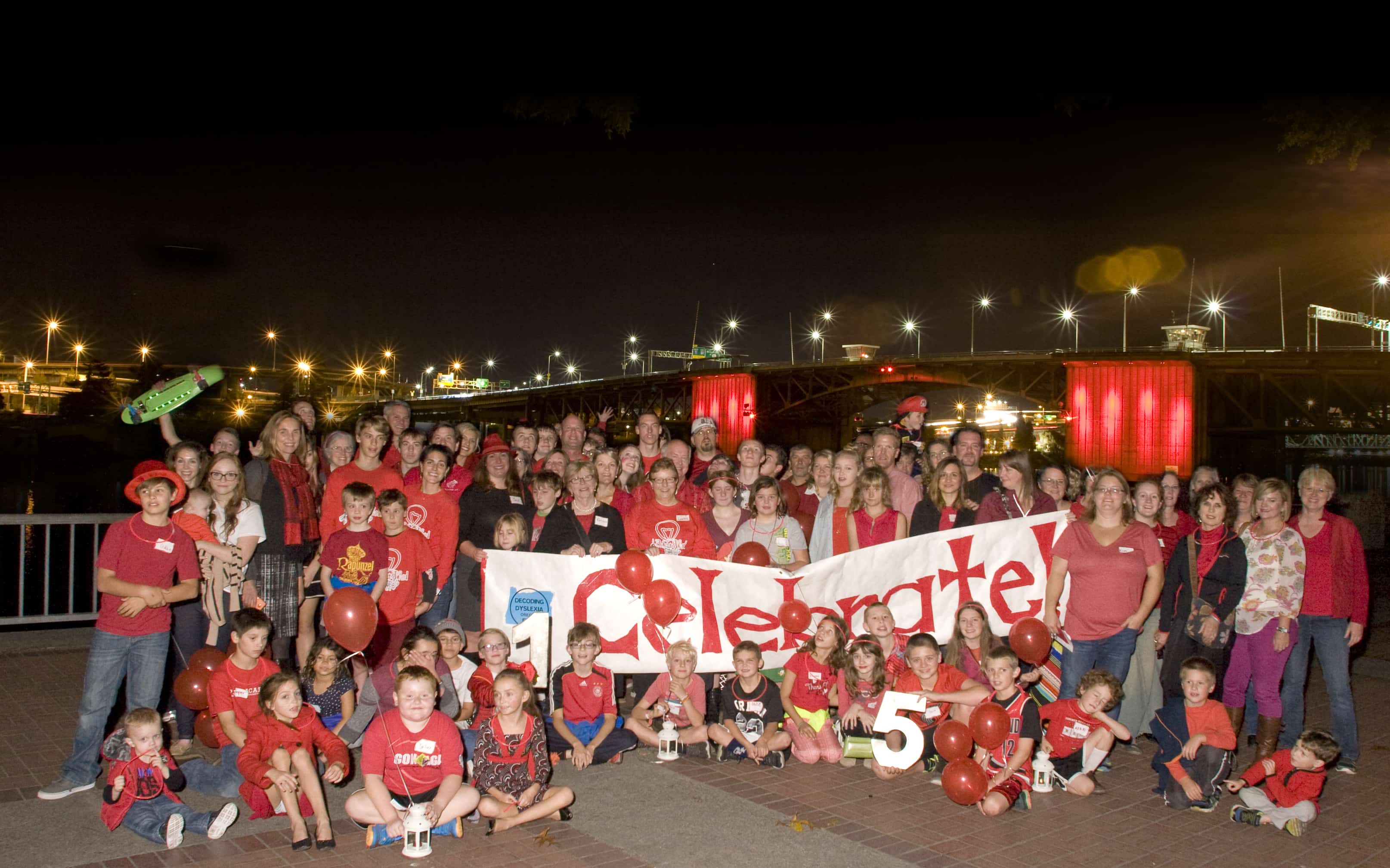 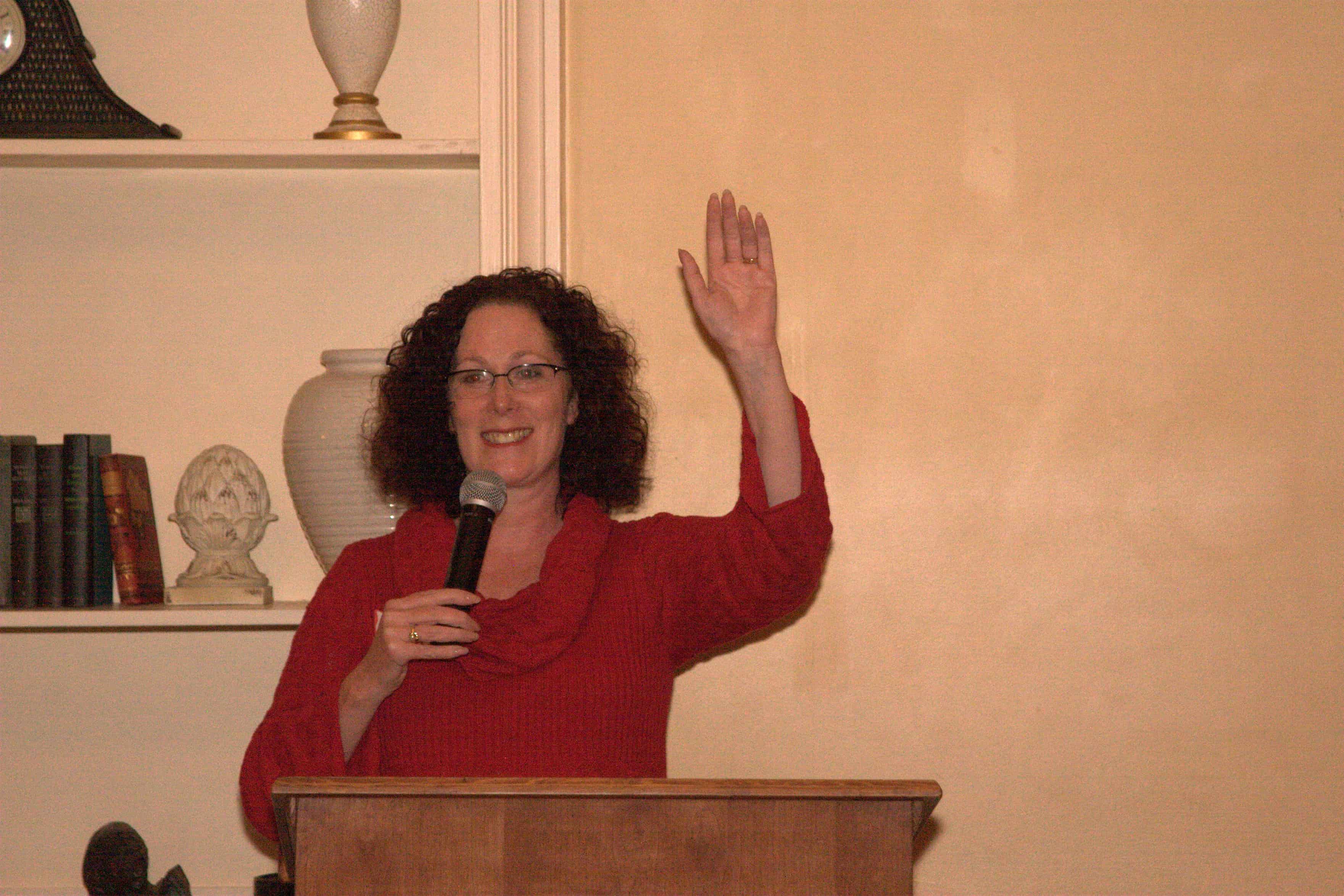 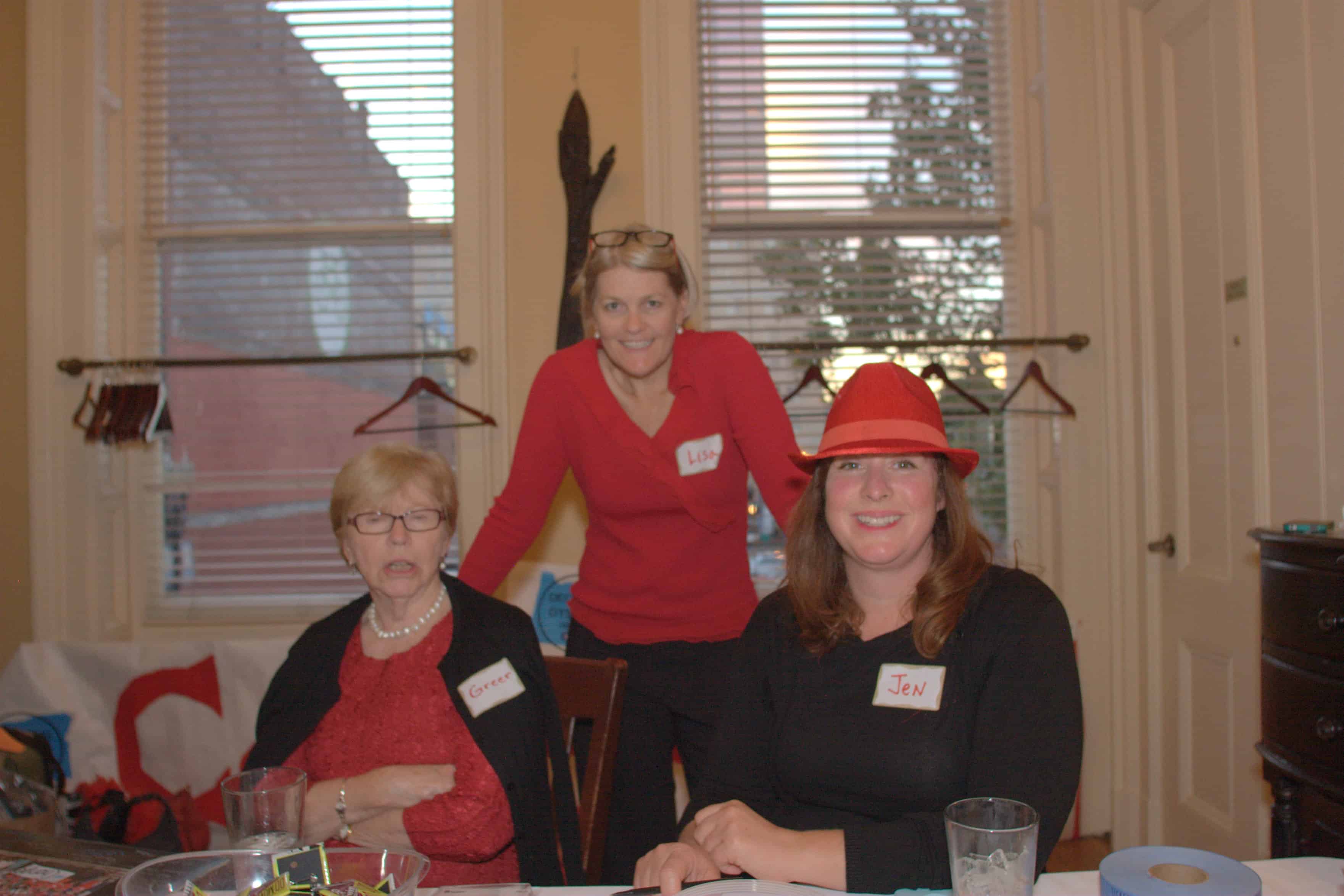 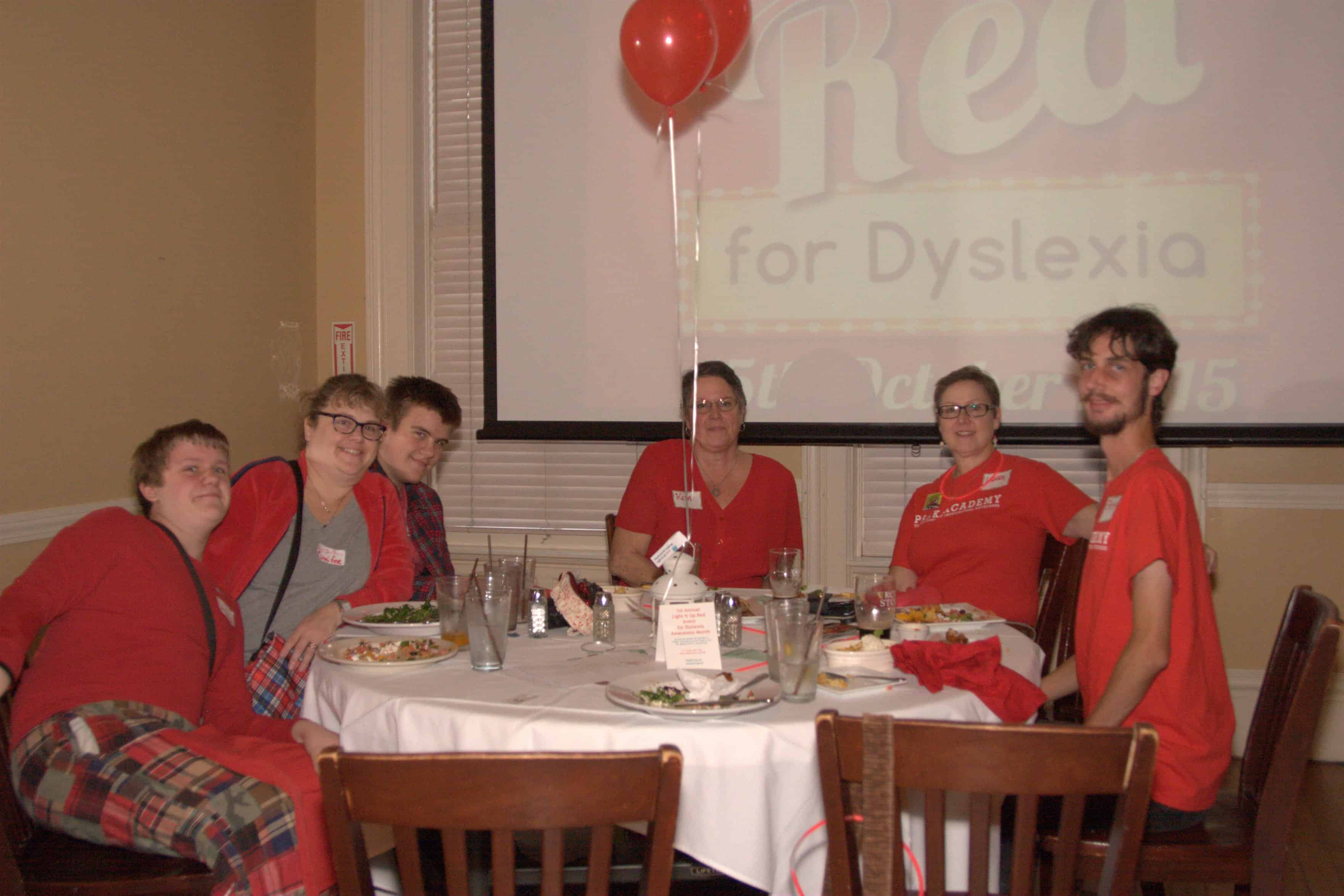 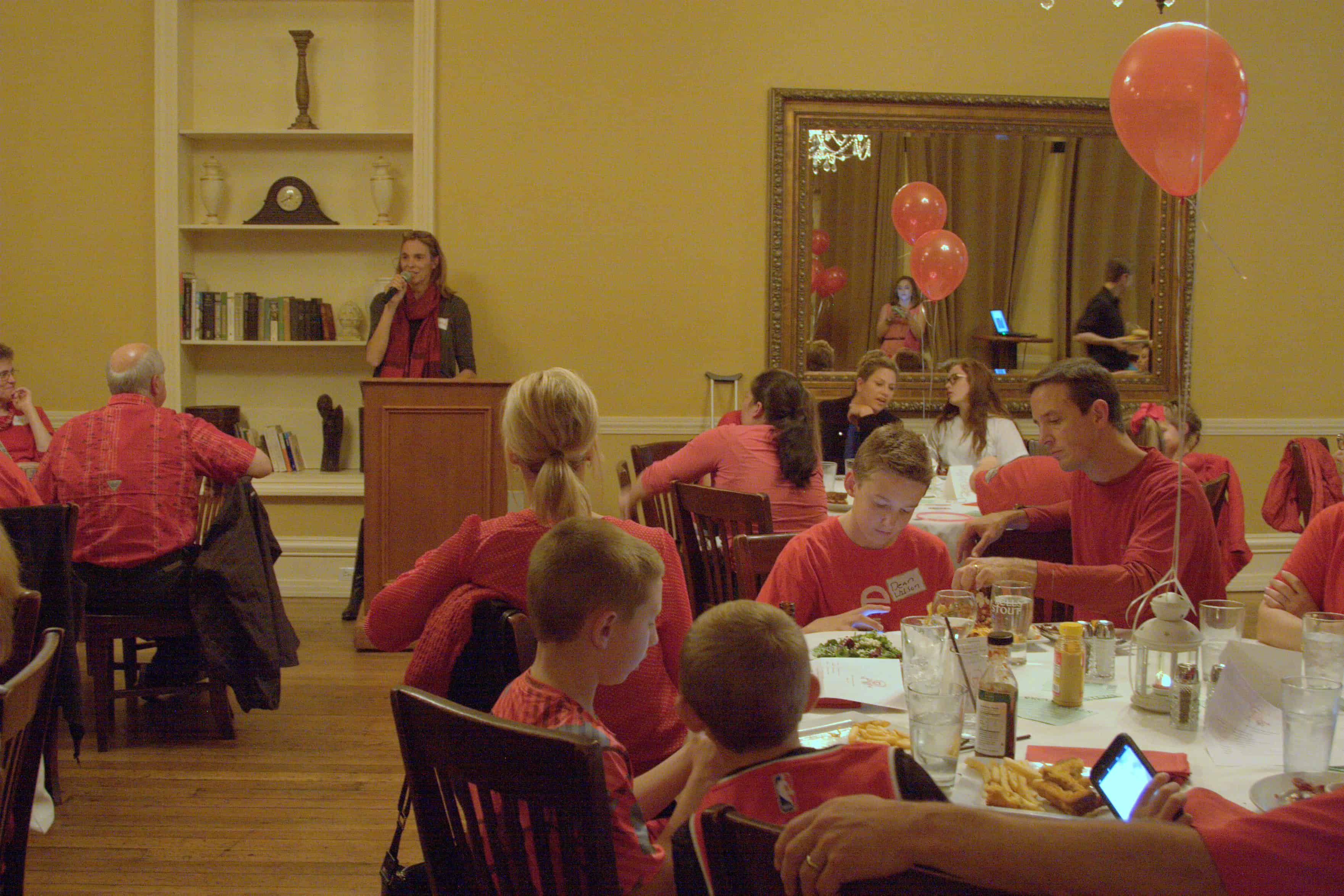 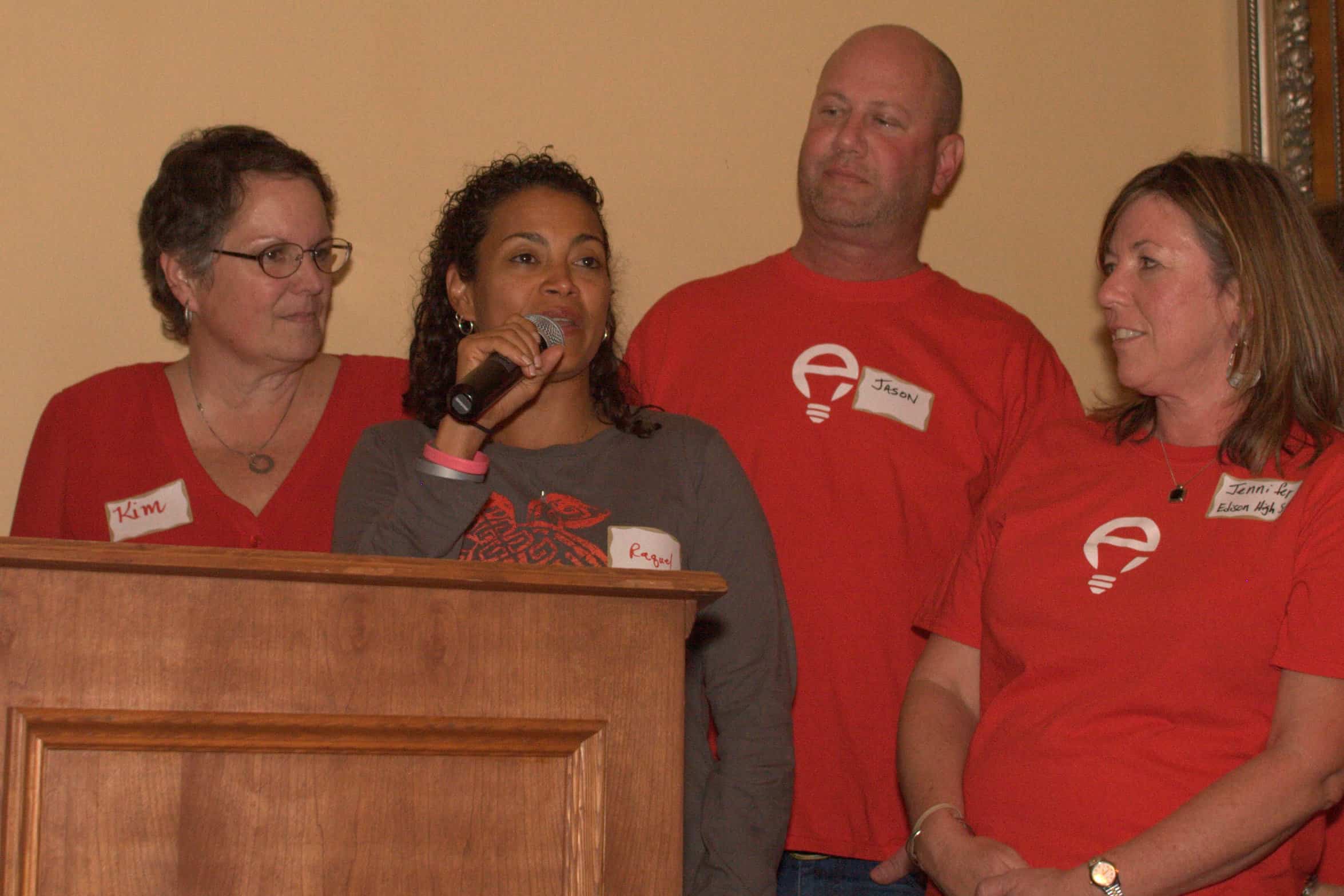 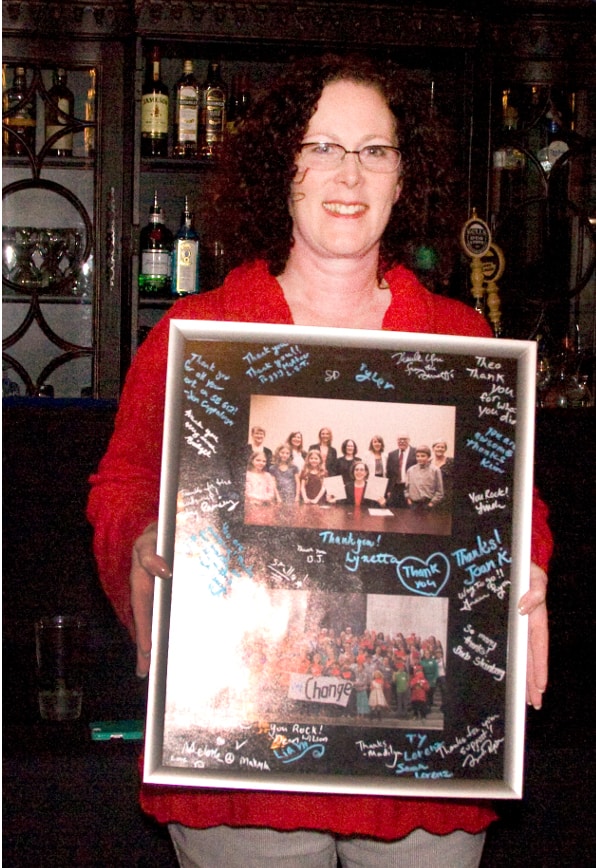 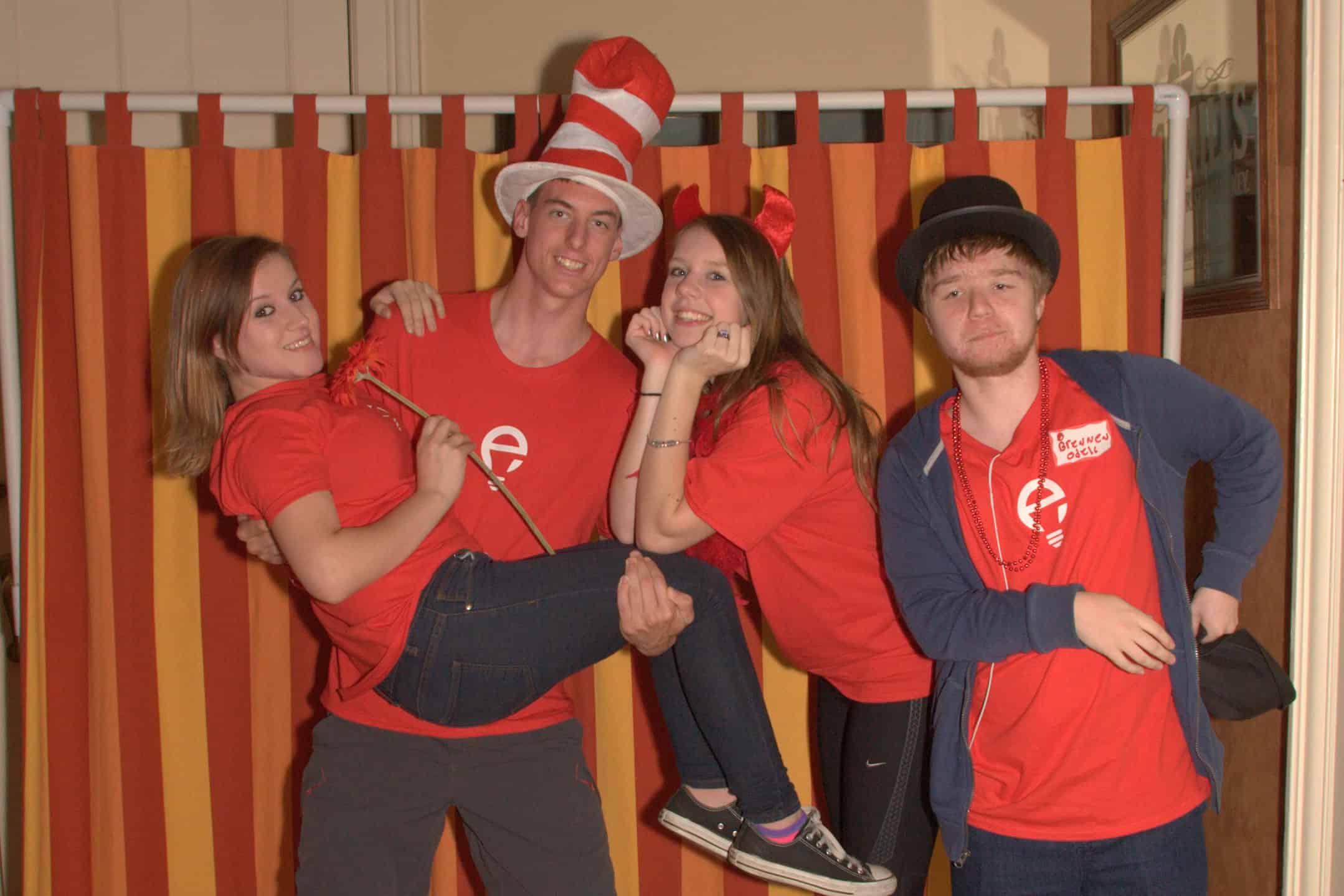 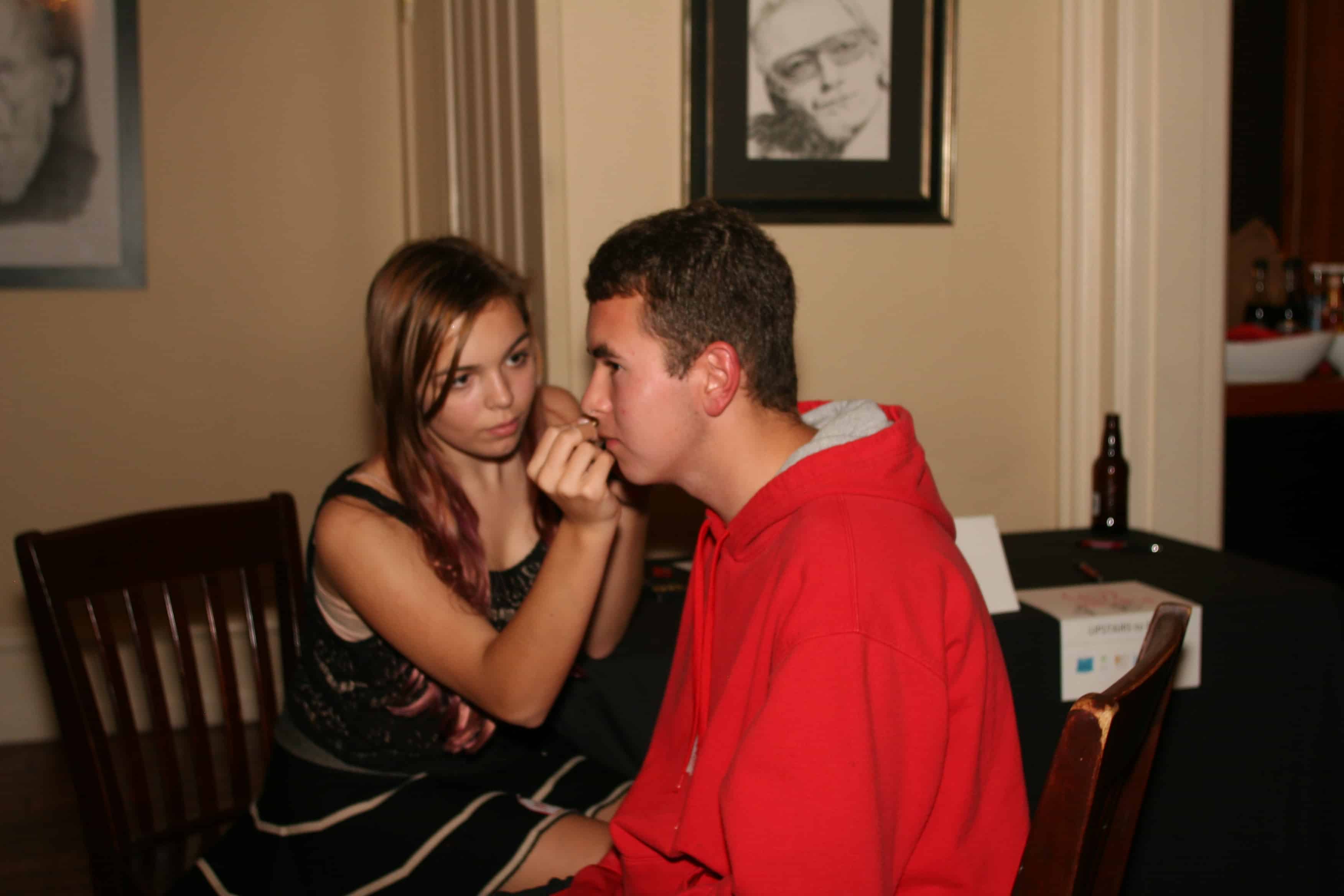 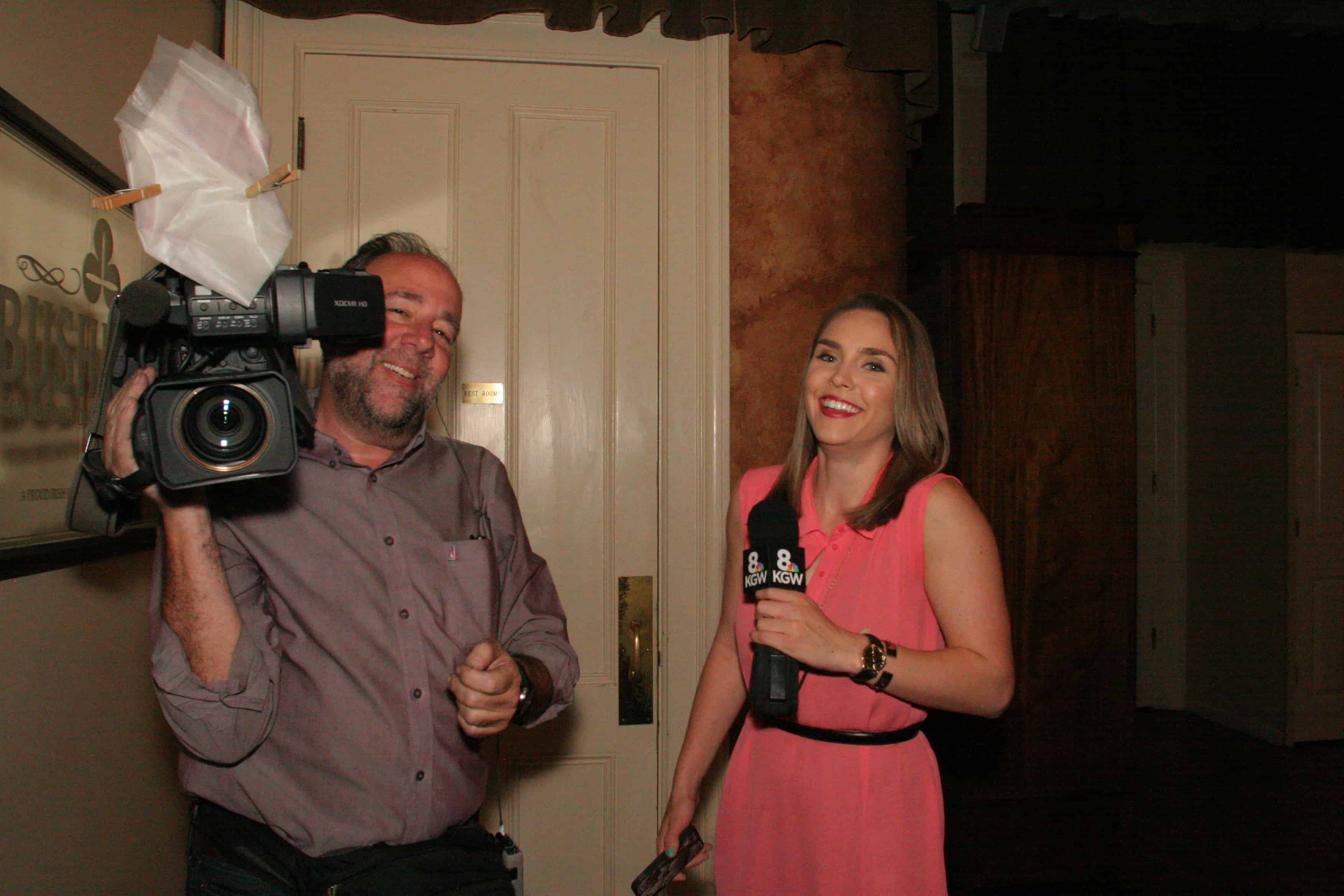 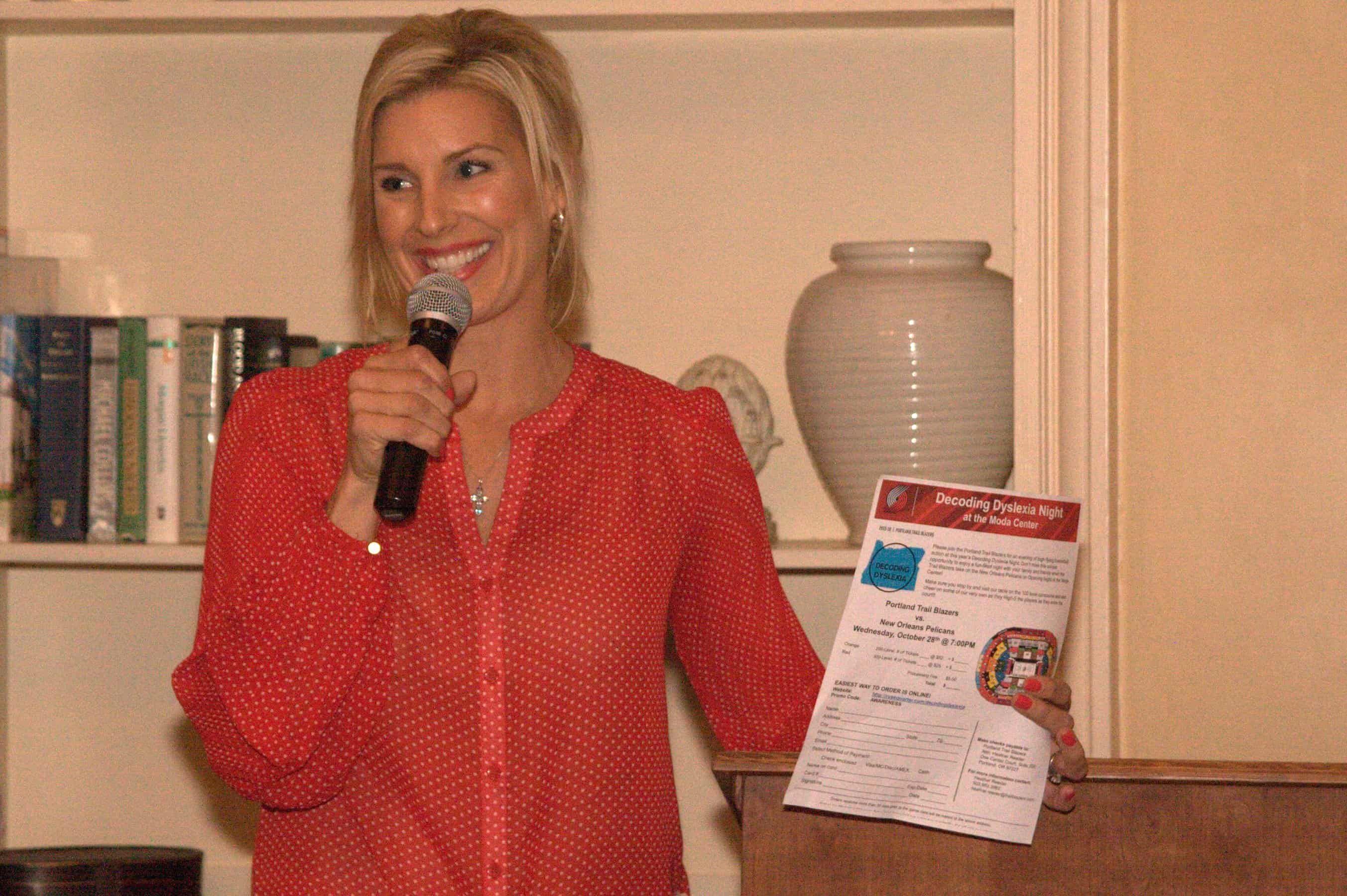 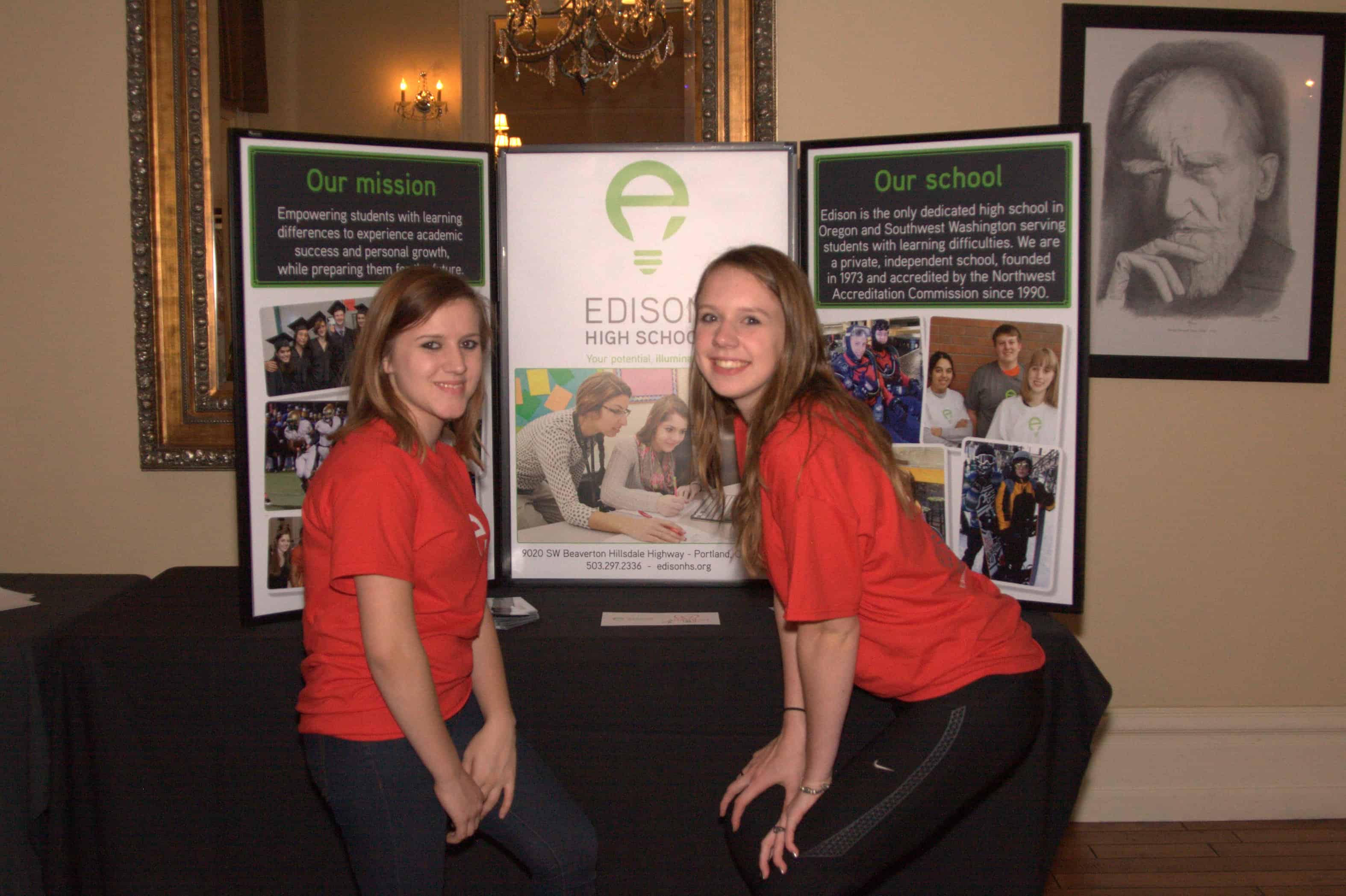 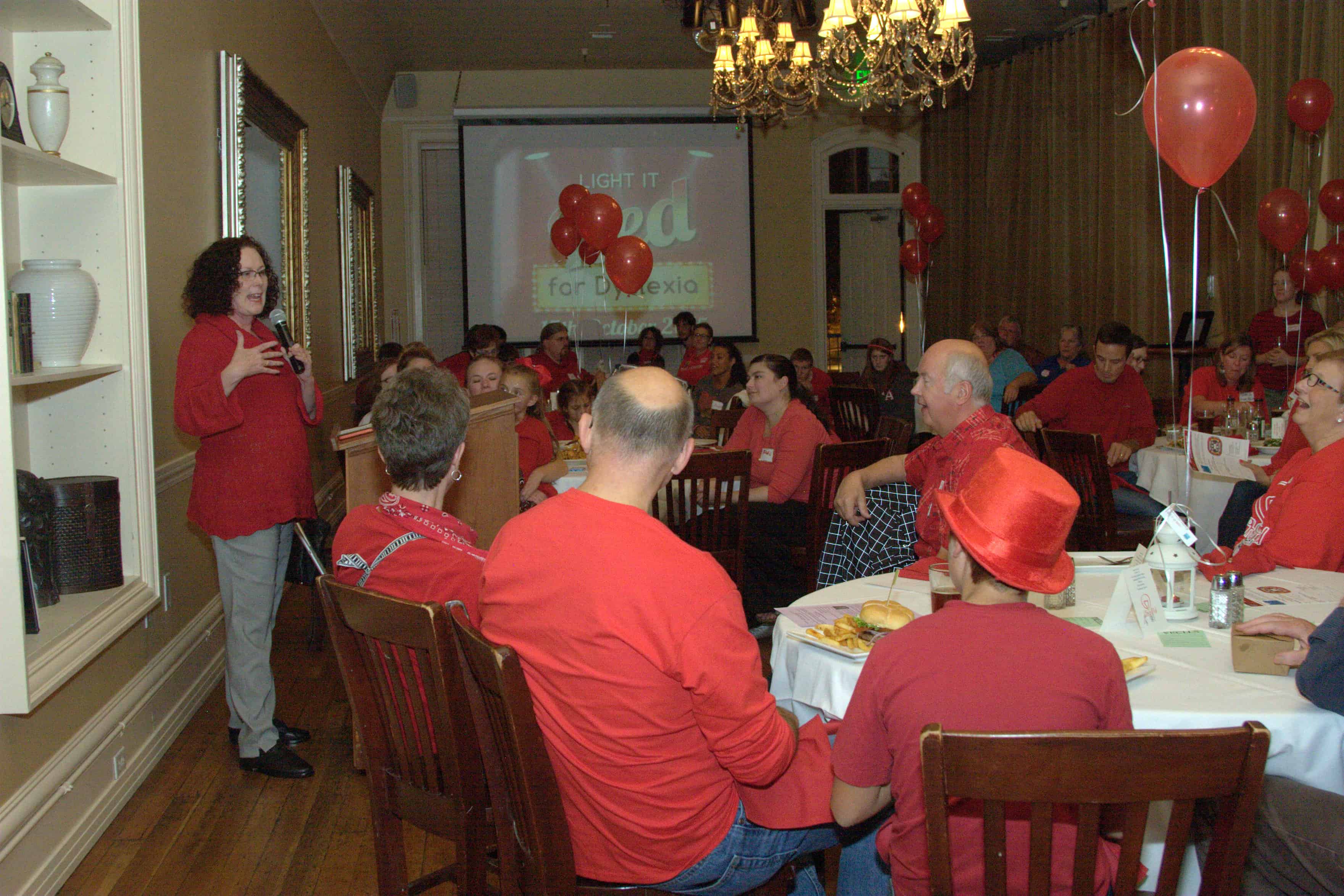 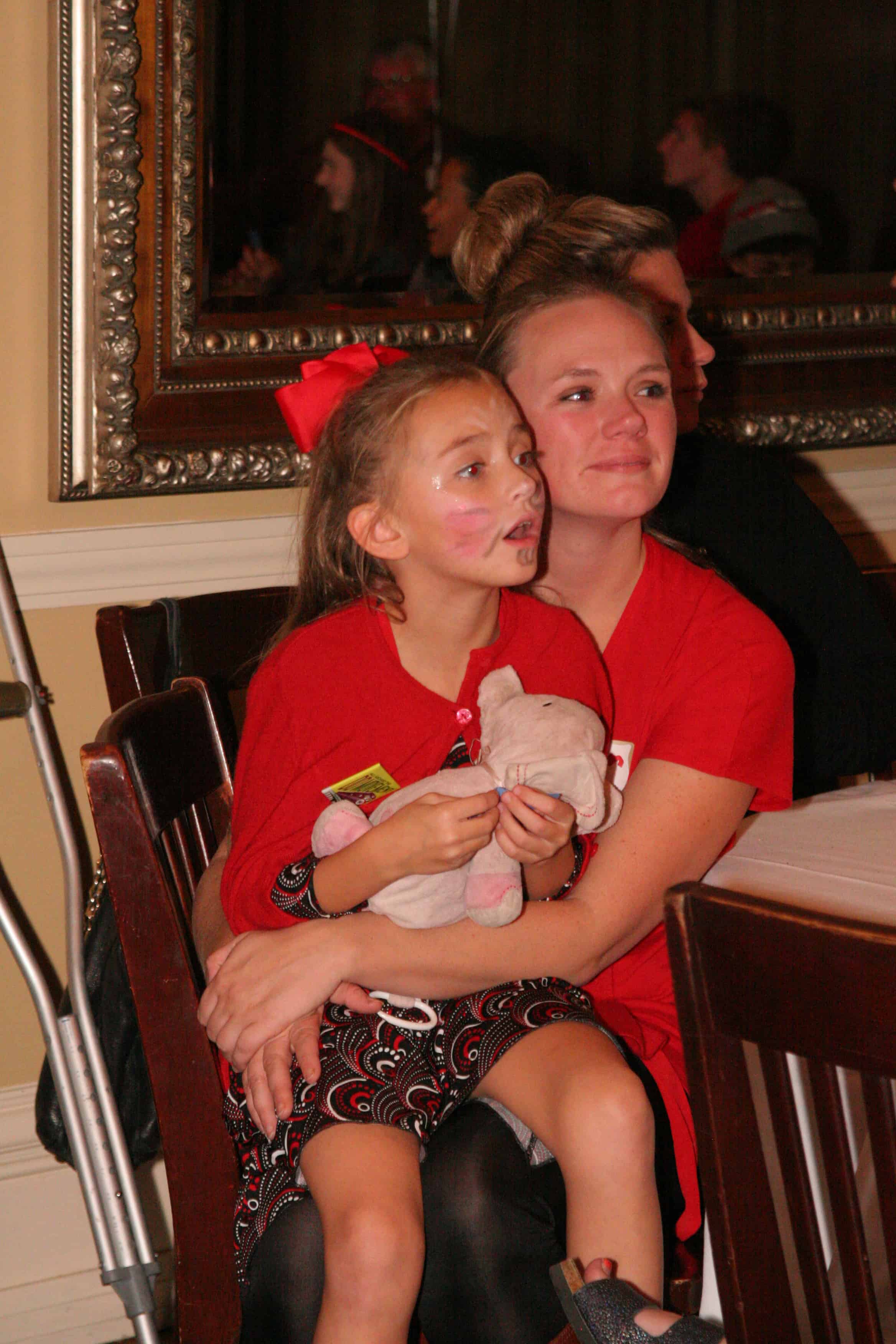 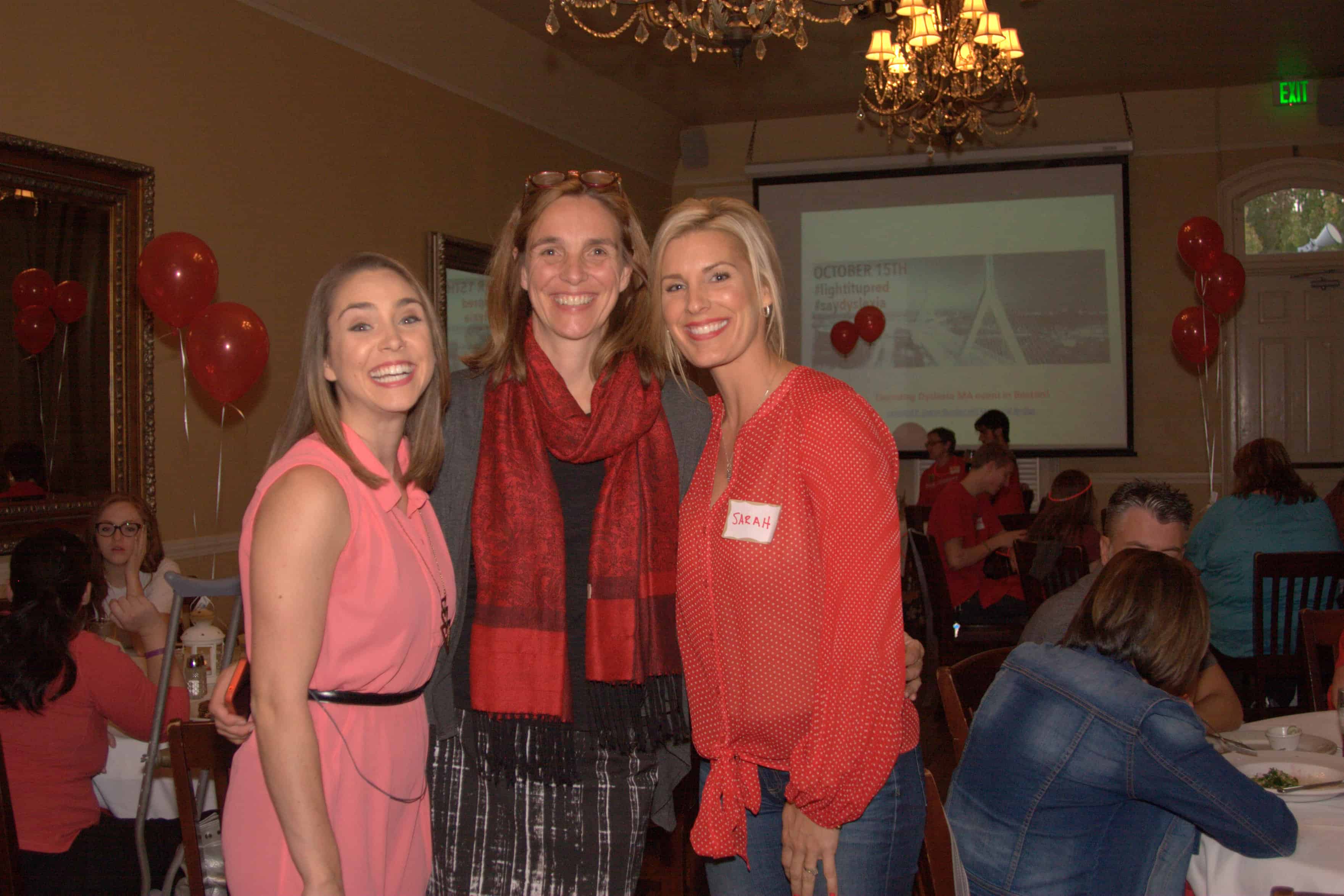 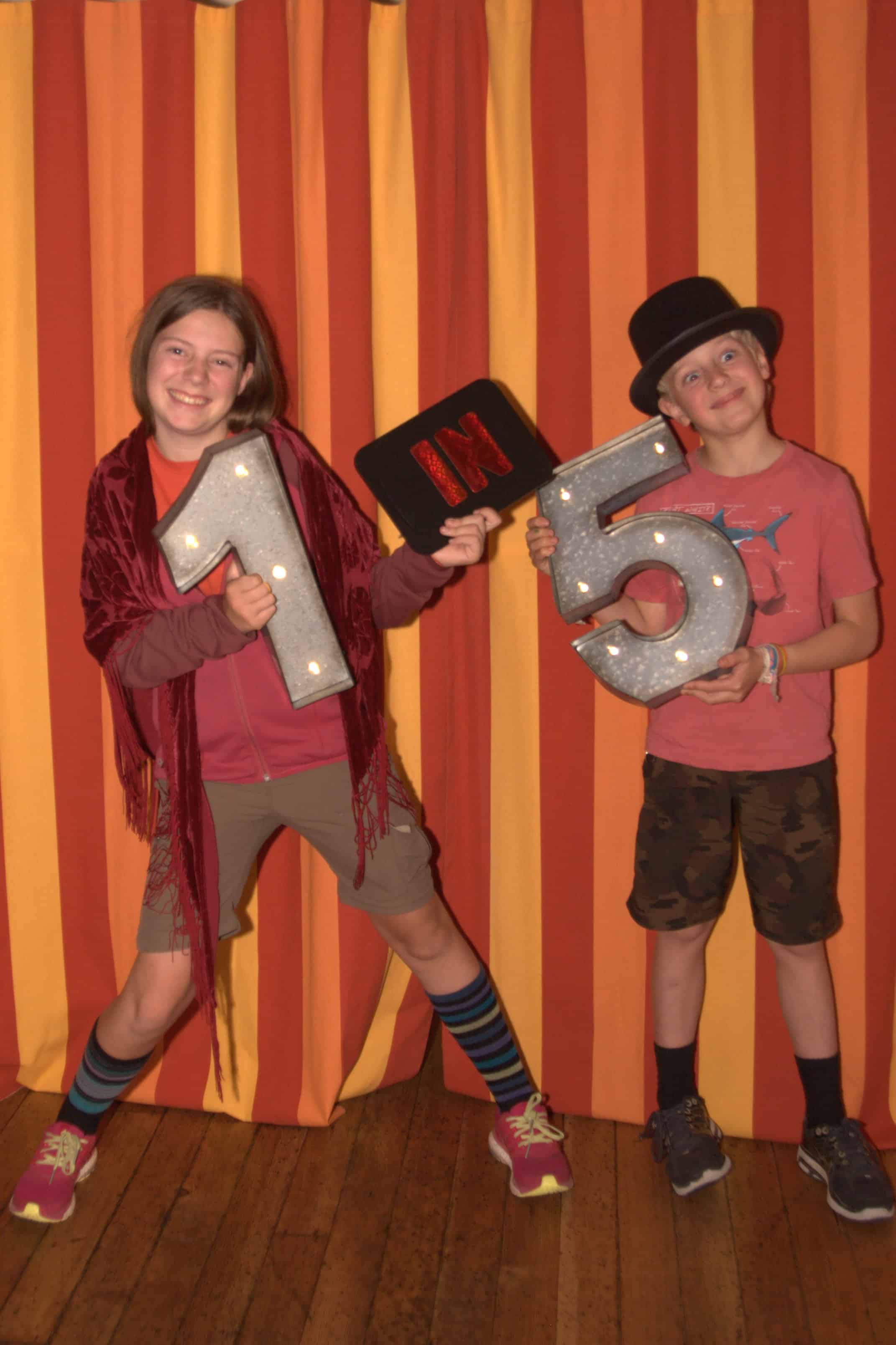 ORBIDA is the Oregon Branch of the International Dyslexia Association (ORBIDA), which focuses on increasing public awareness of how dyslexia affects both children and adults.

Park Academy is a school in Lake Oswego Oregon with an articulated elementary through high school curriculum specifically designed for students with dyslexia. Park Academy empowers students with diverse learning challenges to reach their highest potential of giftedness while excelling academically and becoming responsible citizens and community leaders.

The Blosser Center is an independent, non-profit center in the Northwest accredited by the Academy of Orton- Gillingham Practitioners and Educators dedicated to helping children and adults achieve their potential despite dyslexia or related literacy difficulties.

Celebrate with Decoding Dyslexia and  the PORTLAND TRAIL BLAZERS

1. Order you tickets online with the link below or fill out the Blazers Flyer and Order Form.

2. The first 30 kids that get tickets and RSVP below will be invited to be “a courtside kid” and high-five the players just before the game.
RSVP HERE to have your child with dyslexia invited courtside.

Meet us at the Game & wear RED!
Before the game, stop by to the Decoding Dyslexia booth on the main concourse near entrance A 24. And come to our booth at halftime for a group photo!

We were honored to be part of Governor Kate Brown’s ceremonial bill signing for SB 612 on August 27, 2015. Joining the celebration were:

Governor Kate Brown signs Senate Bill 612, requiring school districts to ensure one teacher in every elementary school is trained in dyslexia. The bill also directs the ODE to designate a dyslexia specialist and to develop list of training opportunities for teachers about dyslexia and to develop a plan to screen for the risk factors of dyslexia by first grade.

Below is the press release and details of the day! (‘Listen button’ available above)

OREGON STEPS UP TO ADDRESS THE NEEDS OF CHILDREN WITH DYSLEXIA
Gov. Signs Bill to Improve Teacher Recognition of and Instruction for Students with Dyslexia

(GRAND RONDE, OR) — In a move that will change the school experience of students with dyslexia for years to come, Governor Brown celebrated the signing of a new law requiring Oregon school districts to support teachers in understanding dyslexia so they can identify and provide effective instruction for students with dyslexia.  The bill passed unanimously in the House and the Senate.

Joining the governor for the celebration were two of the chief sponsors of the bill, Senator Roblan and Representative Hoyle; Diana Sticker and Jen Cappalonga of Decoding Dyslexia; and the educators, children and families representing Decoding Dyslexia Oregon, the grassroots organization that was the primary force behind the bill.

“For too long, dyslexic students have struggled and often failed in school because their dyslexia is not identified or because the school’s method of instruction doesn’t work for them,” said Rep Hoyle, one of four chief sponsors of the bill. “This law is a game changer and the first major step forward in addressing the gap in school services for students with dyslexia.”

Dyslexia is a neurological condition, known to run in families, that makes it difficult to learn how to read, write and spell.  According to the National Institutes of Health, as many as one in five students has dyslexia. In Oregon, this equates to approximately 114,200 public school students with dyslexia. Yet Oregon’s teacher education programs typically do not provide coursework on dyslexia that would enable teachers to identify dyslexia and use effective strategies to teach these bright and capable students.

“The requirements of this new law will be a huge improvement. Despite my master’s degree in teaching and my reading endorsement, I was unable to recognize the red flags of dyslexia in my own child,” said Chrissy Clark, a Portland-based kindergarten teacher.

“This new law sets the wheels in motion for teachers across the state to receive training on the most common learning difference in their classrooms,” said Diana Sticker, one of the founding members of Decoding Dyslexia Oregon, which is part of a nationwide, grassroots movement of parents seeking improved services for children with dyslexia.  “We are hopeful that as more teachers have the opportunity to gain knowledge on the latest research and effective tools for instruction, this will in turn prepare school districts and support teachers in helping our children with dyslexia succeed academically and demonstrate their remarkable gifts.”

Senate Bill 612 directs the Oregon Department of Education to develop a plan by September 2016 to screen every child entering kindergarten or first grade for the warning signs of dyslexia and to share results of the screening with parents. The department’s screening plan must be reported to the legislature and must be developed in collaboration with an organization with expertise in dyslexia.

“We know through research that early intervention with the right kind of instruction makes all the difference for struggling readers.  Early detection through screening will be good for the student, their family, the school and the State’s reading goals,” said Rep Taylor, another chief sponsor of the bill, which was first introduced in March. Currently 34% of Oregon third graders are not proficient in reading, according to a 2014 study for the Annie E. Casey Foundation.

Under the new law, ODE must also designate a dyslexia specialist to fully support and provide resources to schools and families of dyslexic students.  ODE must also annually provide a list of approved dyslexia training opportunities for teachers.  Under the law, trainings must be in compliance with the knowledge and practice standards of an international organization on dyslexia.

Rep Hoyle, chief sponsor of the bill said, “The dyslexia specialist position is the centerpiece of the bill, providing districts with guidance and support to implement the new screening and teacher training requirements.”

“We are very pleased that the law is specific about what qualifies as appropriate teacher training,” Jen Capplonga added.  She is a former teacher trained in special education and a member of Decoding Dyslexia Oregon.  “Traditional reading programs do not work for a child with dyslexia. Remedial programs, which slow the pace or simply provide more practice, only make things worse. They create frustration, anxiety, and chip away at a child’s self-esteem.”

Senate Bill 612 allows funding to be distributed to the Network of Quality Teaching and Learning (NQTL) to ensure that a sufficient number of teachers have received dyslexia training. Schools that do not meet the training requirement and do not secure a waiver from ODE will be considered “non-standard.”

“In the bigger picture, the enactment of this law gives many frustrated parents a new way to approach their children’s teachers and administrators.  In many school districts, teachers and administrators have been discouraged from using the word ‘dyslexia’,” said Lisa Lyon, another founding member of Decoding Dyslexia Oregon.  “Now parents will be able to go to their principals and ask, ‘Which teacher is the one who is trained in dyslexia?’  That alone is a major step forward.”

Oregon joins 31 other states that have enacted dyslexia-related legislation.

Are  you interested in getting involved but not sure how to help?  Join our Portland chapter  and volunteer today!  We need specific assistance in the following areas:

Or if you have other ideas or special skills contact us below. Send us a message today! Join us! Parents and teachers TOGETHER are trying to ensure all teachers and their school districts have the resources they need to reach the 1 in 5 students with dyslexia. We need everyone’s help. Amazingly, everyone knows someone with dyslexia. Our elected officials need to know that the people living in their district are concerned. Each and every petition is the voice of a voter telling our legislators to support the proposed bill that will be introduced to be voted into Oregon state law.  Thank YOU! ~ Decoding Dyslexia Oregon

(Enter YOUR email address on the petition) Raise awareness and support the movement!

Suggested Cost: $7.00 each including shipping.

Please note the Decoding Dyslexia Oregon is not a non-profit. This purchase is not tax deductible.

Check out these events at the IDA Conference in San Diego (Nov 12 to 15th) and meet Decoding Dyslexia families. Hope to see you there! Get the BALL ROLLING